An Urban Suburb with the Capacities of a Village: The Social Stability Context in the Coastal Chouf Area

This report introduces the conflict context in the coastal Chouf area, a semi-urban area connecting the capital Beirut to Sidon in the south, the country’s third largest city. The area is largely urbanized with government employment providing the main source of income, in addition to significant industrial and touristic sectors. Its resident population is predominantly Sunni, as a large percentage of the registered Christian population was displaced during the war.
The loyalties in the area are divided between the traditional leadership of Walid Jumblatt in the Chouf area, the dominance of Future Movement over the Sunni areas, and a significant constituency in support of Al-Jama'a Al-Islamiyya, a Lebanese Sunni party which is considered to be a branch of the Muslim Brotherhood, with a large network of social, educational and health services centres. The church and various Christian political parties also play a major role in trying to sustain the Christian character of some of the villages. Local notables are significant actors, too. Although mostly affiliated with various political groups, they have influence due to family, professional and personal connections. More recently, especially after the last municipal elections in 2016, the region has witnessed the emergence of alternative movements from civil society and independent activists, in response to environmental problems sweeping the region and as a result of long-existing political marginalization.
Key issues fuelling tension are strongly tied to national and strategic problems. A rapid process of unplanned urbanization, in the absence of socio-economic developmental policies and equitable social services, has implications for existing infrastructure and feeds sectarian and political tensions. Major environmental challenges, namely those caused by the Jiyeh power plant, the Siblin cement factory and the Naameh landfill have caused repeated rounds of road blockades and demonstrations and remain a source of tension with a potential risk of escalation. The Syrian refugee population, which is limited in size, is only one component of a larger incoming population from outside the area, and seems to have developed better relationships with the host community than in other areas in Lebanon.
In terms of conflict dynamics, the report highlights the stabilizing impact of the limited electoral utility of sectarian-based mobilization in the region, convergence of interests of key political actors in the area, the conflict mitigation role of local notables, and similarity in background between incoming Syrian refugees and the local host population. It also emphasizes the potential positive impact of emergent community efforts that put the area’s environmental concerns at the centre of its agenda as well as of strong networks of solidarity among Syrian refugees. Although the region’s geostrategic location and proximity to Beirut facilitates economic opportunities and makes it attractive for housing projects, industrial investment and urbanization remain segregated from the local context. Their contribution to local development has been limited, and they have placed additional strain on resources and the infrastructure. Naameh/Haret Al-Naameh and Damour’s peculiar administrative position and difficulty in joining municipal coalitions is another potential divider, in addition to the proposed administrative division of Naamet/Haret Al-Naameh and Damour/Saadiyat into two sectarian segregated communities.
To mitigate the impact of above dividers and contribute positively to conflict issues, the report recommends broad and national level interventions with respect to the environmental and urbanization issues, particularly agreement on sound and sustainable solutions to the environmental crises impacting the area, adequate urban plans, and incentivizing and directing the establishment of eco-industrial parks. Partnership with active Lebanese youth in the area, as well as support of community-led Syrian initiatives to bolster their positive role in the community, is recommended and could serve as a model of grassroots organization for other areas. 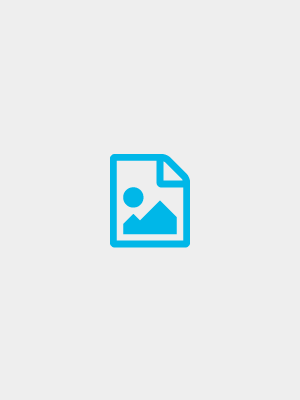