This issue of Tatimma focuses on the question of civil rights and liberties in Lebanon. Whilst it is usually considered that civil freedoms in Lebanon are light-years ahead of other Arab countries. Yet this state of liberties appears to be more a facade for a discriminatory system which limits the liberties of Lebanese citizens, specifically Lebanese women, refugees, foreign workers to name a few.

Specifically, this issue focuses on four of the main problematic axes that are at central to discussions and work of civil society in Lebanon: Lebanese women’s right to nationality, with an interview with Rola El-Masri from the Nationality Campaign; the story of a migrant domestic worker trying to achieve economic independence; it also sheds light on the situation of refugee communities through an overview of Amel’s work with non-Palestinian refugees in Lebanon, namely Iraqi refugees; Last but not least Civil Society Movement tells us more about their campaign for civil marriage. 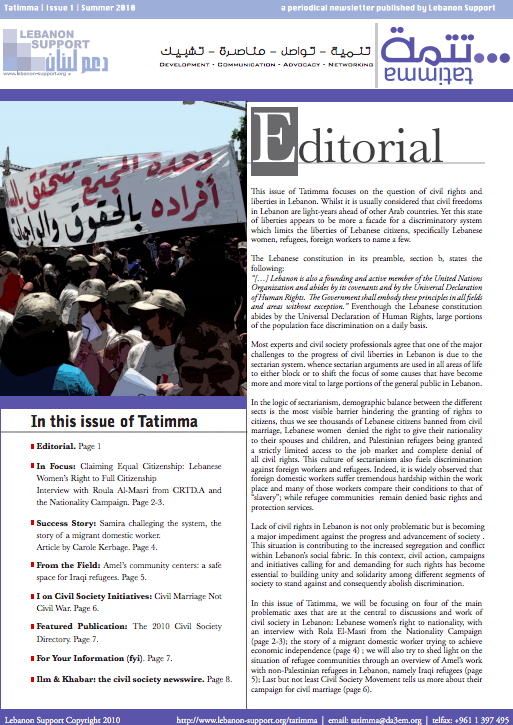