The Missing In Lebanon: Inputs On The Establishment Of The Independent National Commission For The Missing And Forcibly Disappeared In Lebanon

Twenty-five years after the end of the Lebanese Civil War, the families of the missing and forcibly disappeared in Lebanon are still waiting for answers about the fate of their loved ones. A new report by the International Center for Transitional Justice says the country seems to be ready to address this issue through an independent national commission and lays out the features of a successful future commission.
The 38-page study, “The Missing in Lebanon: Inputs on the Establishment of the Independent National Commission for the Missing and Forcibly Disappeared in Lebanon,” includes expert financial and technical information and analysis, firmly rooted in the Lebanese context, to facilitate a discussion on what it would take to establish a commission to locate and identify the missing.
In 1992, the Lebanese government reported that 17,415 people went missing during the war. It is thought that most were kidnapped by Lebanese or Palestinian militias and held on Lebanese territory. But there is no authoritative record of the names of the missing or their ante mortem data.
Many in civil society and victims’ groups believe the discussion in Lebanon on this issue is changing. Momentum is building toward addressing the issue of the missing and the forcibly disappeared. Draft legislation to create a commission for the missing and forcibly disappeared is now before the Lebanese Human Rights Parliamentarian Committee, a judicial decision recognized families’ right to the truth, and work is already underway to collect data on missing persons.
The Consolidated Draft Law for Missing and Disappeared Persons would establish an independent national commission to work as the primary institution responsible for coordinating an effective, meaningful response to the need of families to know the truth about their missing relatives.
For the study, Lebanese and international professionals provided technical, operational and fiscal analysis and inputs on what it would take to establish a commission for the missing and forcibly disappeared.
To maximize the commission’s efficiency and sustainability, proposals in the study reflect international best practices, while remaining thoroughly tailored to the Lebanese reality and sensitive to Lebanese law, politics and history. The financial estimates that accompany the study offer only an initial estimate of the cost of establishing and operating such a commission.
The study’s modeling confirms the viability of the independent national commission, as envisaged in the consolidated draft law, in Lebanon today.
ICTJ hopes the study will help dispel the doubts of those who might oppose the commission on financial or operational grounds, and prove useful to overcoming future challenges in operationalizing a commission, for example, in preparing bylaws and operational budgets.
The study, funded by the Embassy of Finland in Beirut, is intended to assist those advocating for the Lebanese government to fulfill families’ right to know the truth. 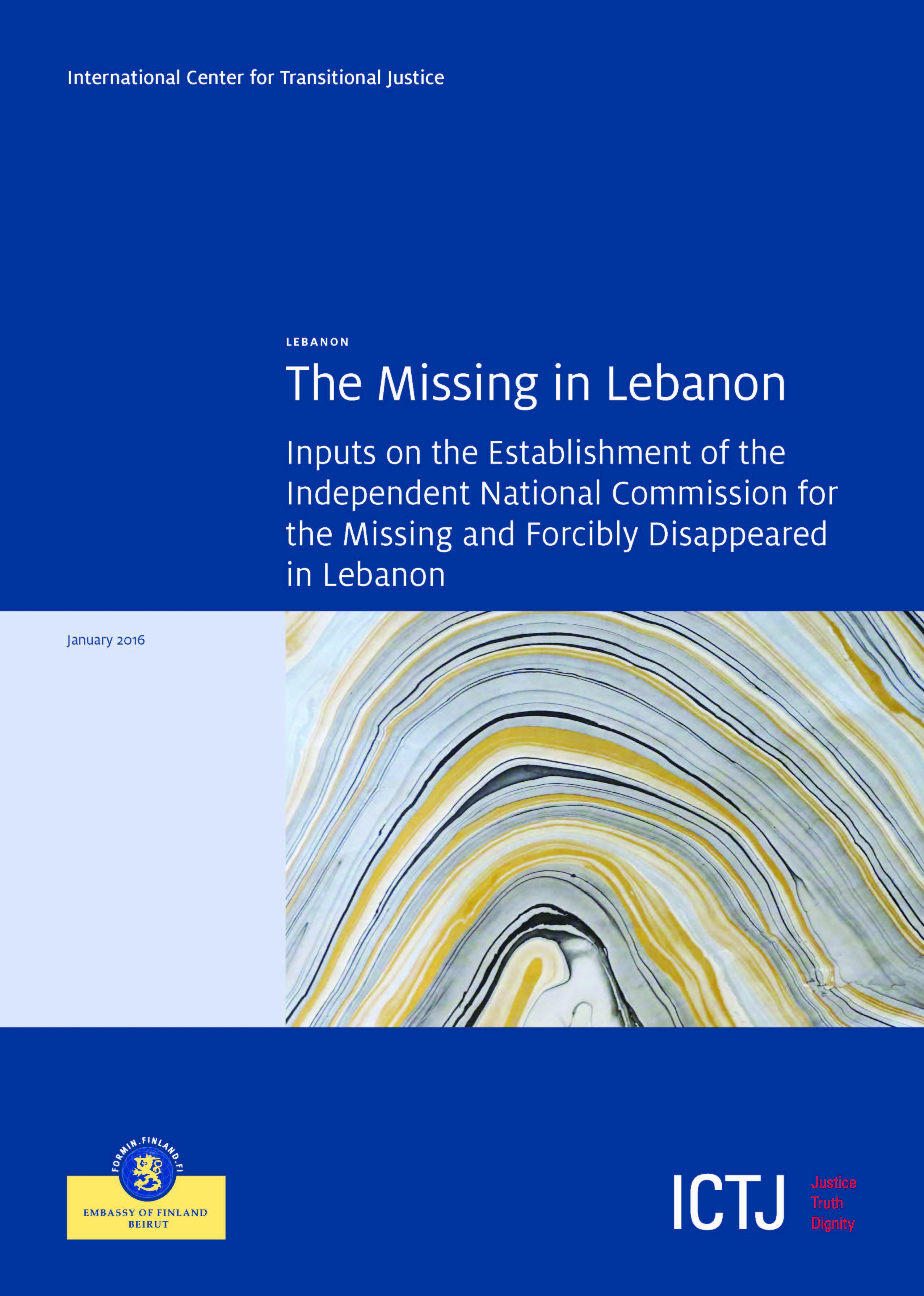