In December 2015, Chabibeh Sporting Club organized the
TOOLS FOR INTEGRATION project, funded by UNESCO, which was divided into 2 phases:

A 2 days training course (12-13 Dec 2015) that gathered 24 youth workers and leaders from different Leba-nese regions. Over these 2 days the topics of social cohesion and integration were discussed and participants reflected on traditional games they played when they were kids in order to develop together new tools and games under the themes of integration and cohesion
A 1 day camp (21 December 2015) for Lebanese, Syrian and Palestinian youth during which the youth work-ers had the chance to use the tools created during the training.

This publication includes 6 tools developed during the 2 days training. Participants in the training were divided into 6 groups. They were asked to reflect within their groups on traditional games they played when they were children, analyze the elements of inclusion and exclusion for each game, and design a new tool/game using the reflection and analysis done. Each tool is described, along with a list of the team members behind the tool and photos from the 2 days training and the children activities days. 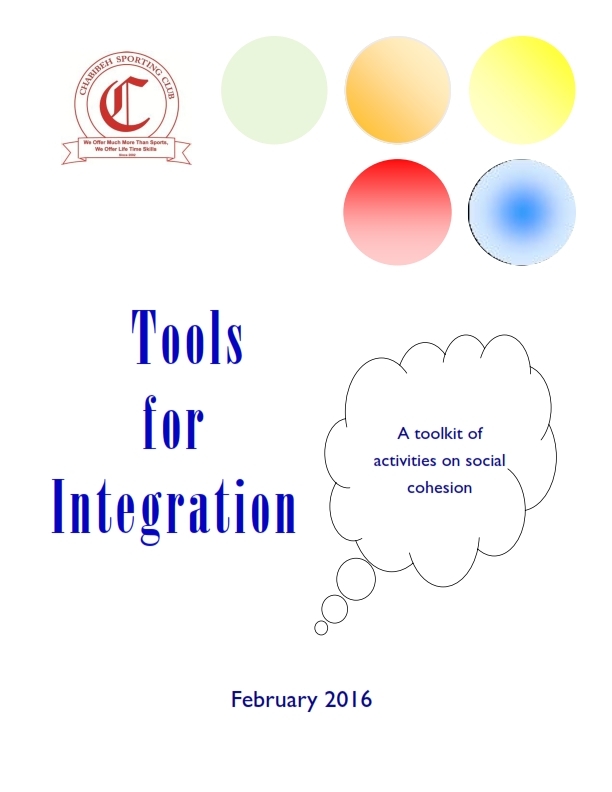